Off to Wyoming and Montana in June to photograph wild horses at the top of Pryor Mountain and in the Pilot Butte area in Green River. 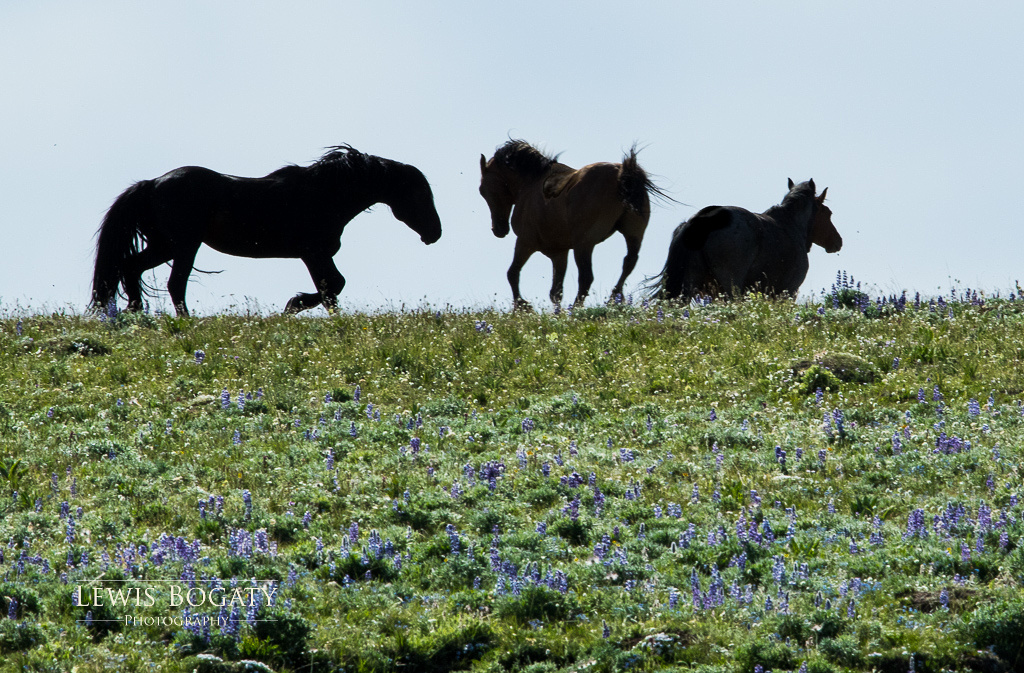 It was another great Wyoming marathon. I drove just under 2000 miles, as I crisscrossed Wyoming from Douglas in the Powder River Basin, where I photographed coal trains, 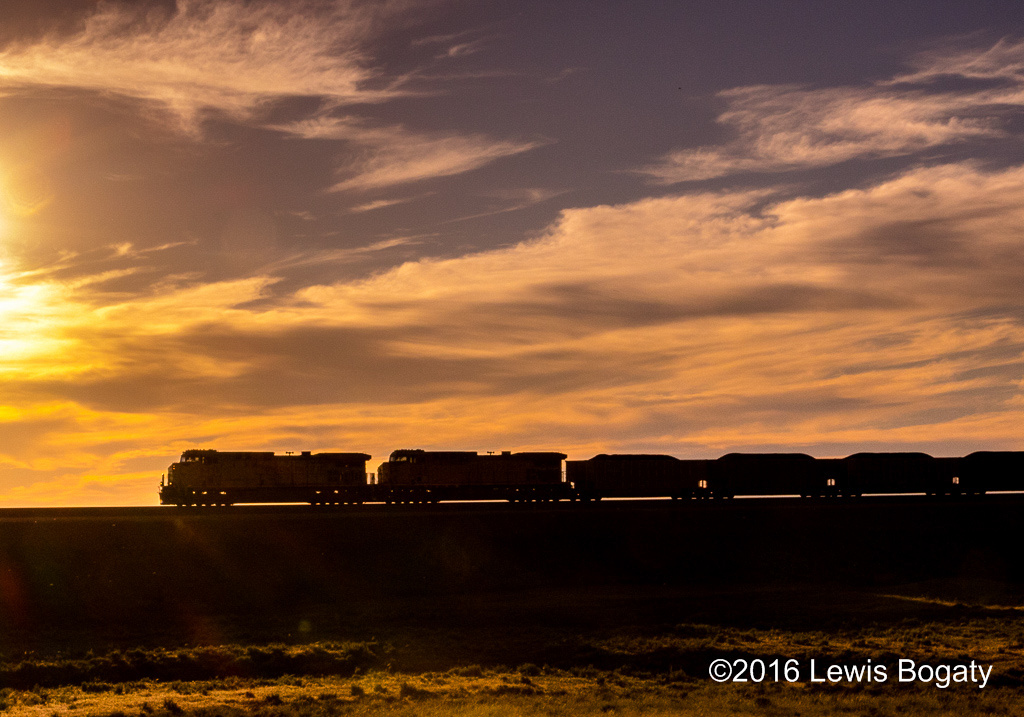 to Lovell in the north for Pryor Mountain, through Cody for the rodeo, 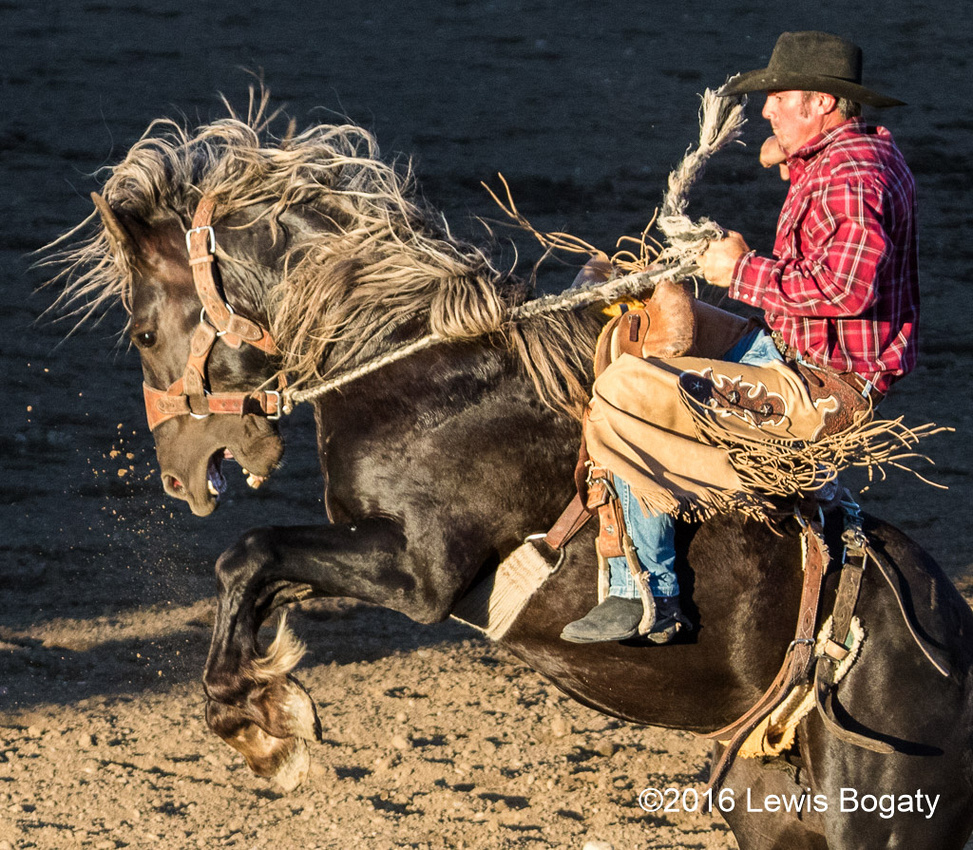 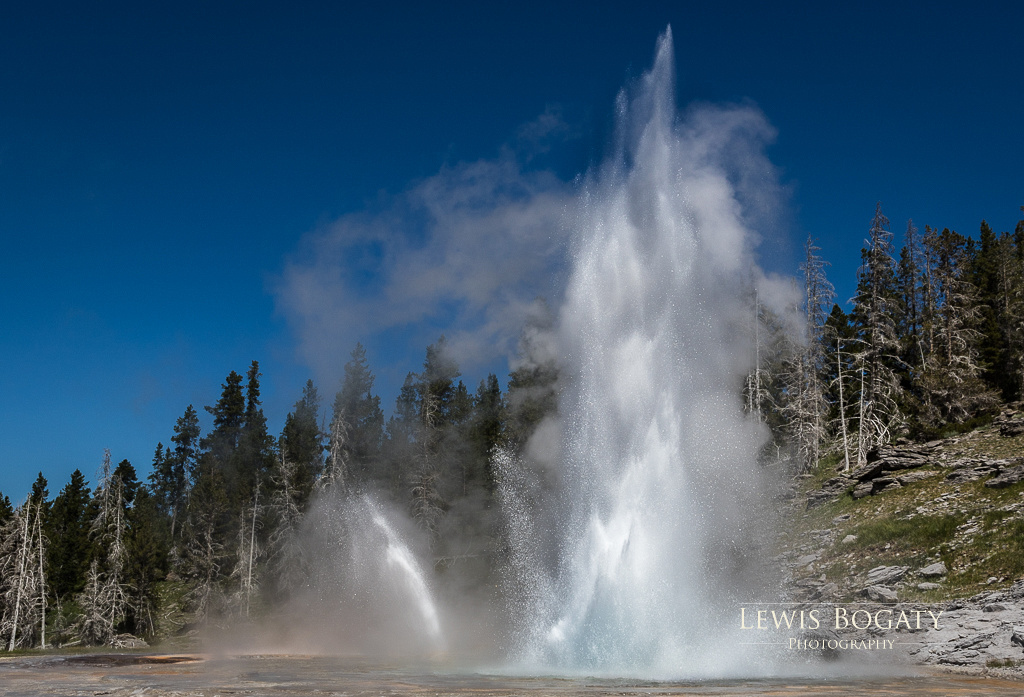 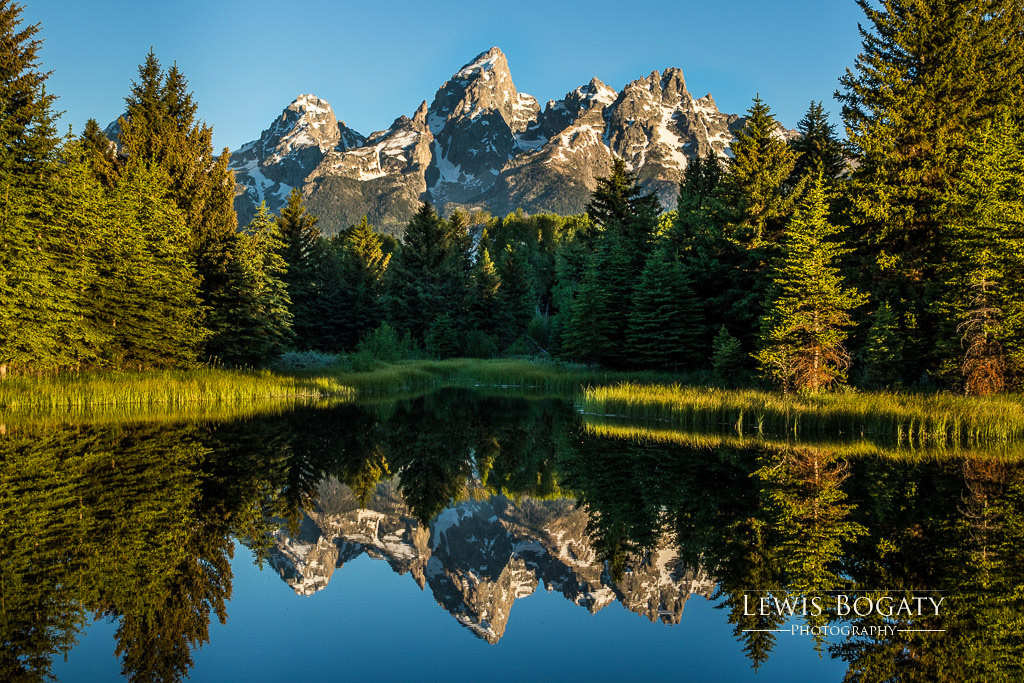 and on to Green River in the south. Surrounded by monumental buttes -- this is my hotel -- 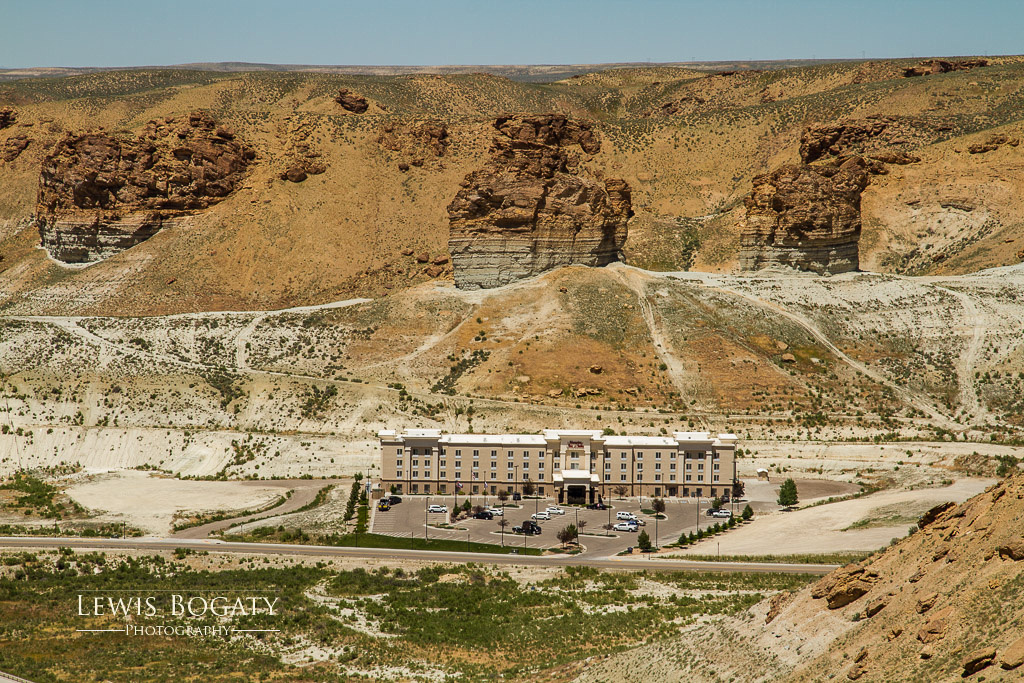 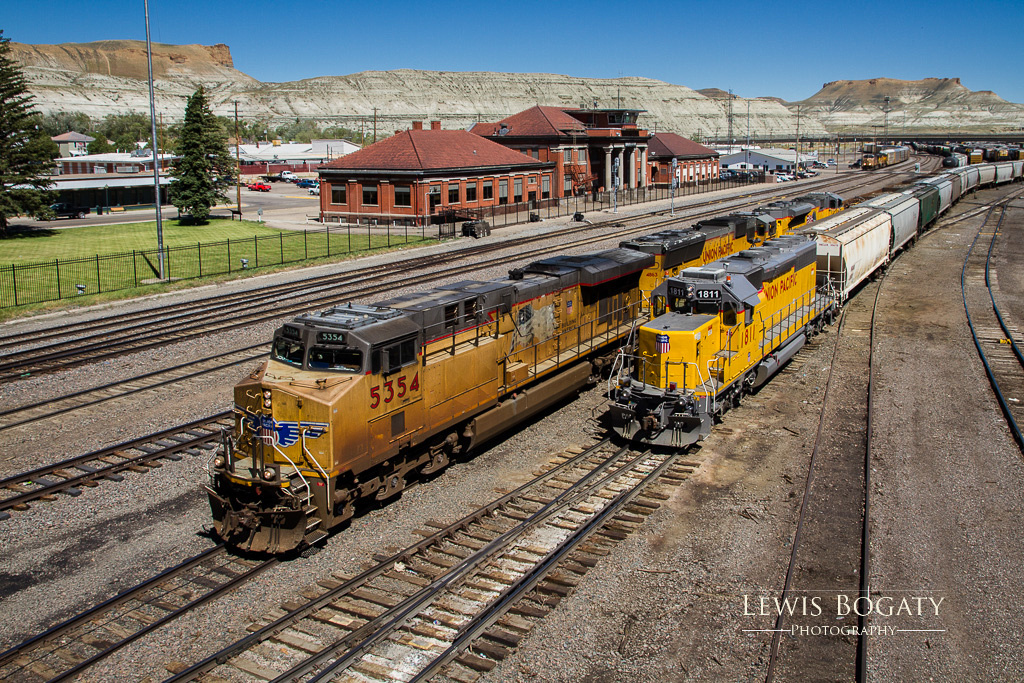 and on the rugged Peru Hill. Trona, or soda ash, is mined almost exclusively in Green River Wyoming.

In nearby James Town I found this striking, derelict Sinclair Gas Station. 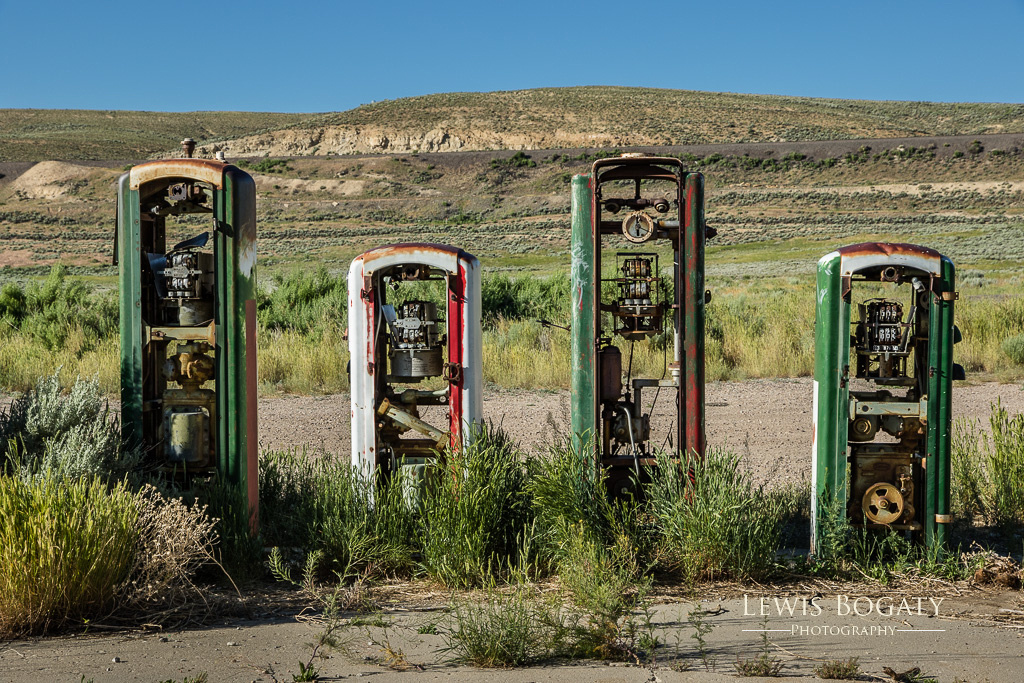 And then there were the horses.

Pryor Mountain: Not easily accessible, the top of Pryor Mountain simply cannot be reached in a car or SUV. Only a high clearance, 4-wheel drive vehicle with damned good tires can make this trip. To drive the 12½  miles took 2½ hours, over the Burnt Timber Canyon Road, an unpaved series of boulders and ditches that left me quite queasy by the time we reached the top.

But what a sight. The scrub and sage brush of the ride up gave way to a rolling plain of grass and wild flowers at the top, with the expansive vista of mountains and prairie far below in the distance. 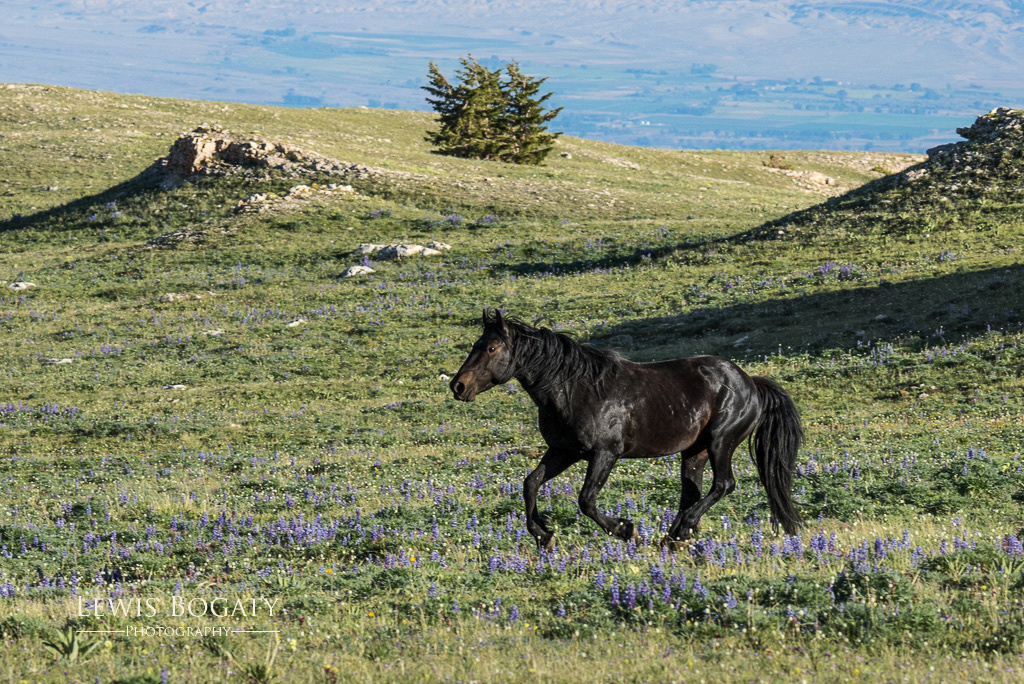 I had planned for June when the wild flowers would be in bloom, and hoped there would still be some snow. Indeed there was: the last two patches of snow, at the very top, which the day before had been one bigger patch, according to my very friendly and accommodating guide, Steve Ceroni. Another couple of days and all traces of snow would be gone. 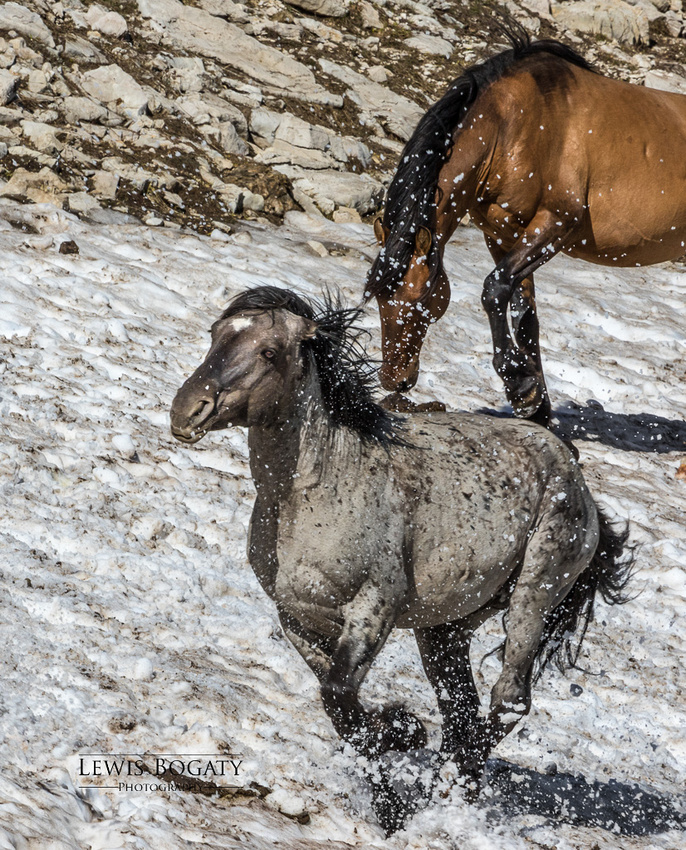 All around us were close to 100 mustangs. When we first arrived, many of them were clustered in the snow, both to drink and to avoid the annoying nose flies, according to Steve. At times, as the horses moved about, we could not back off fast enough to keep from being within several feet of them. At one point, as we scrambled to the other side of a boulder as a stallion led his mares in our direction, I left my second camera behind in the haste. The stallion stopped to take a close look at us across the boulder, 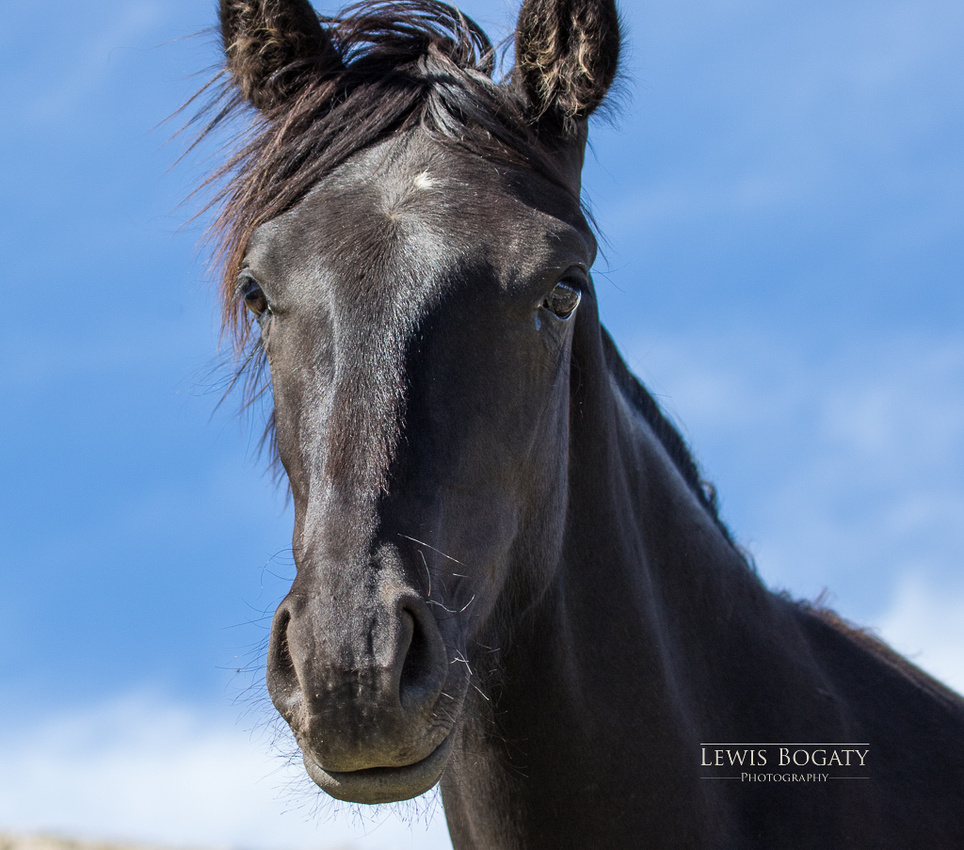 and then considered the camera before deciding he did not want it.

Steve’s wife had prepared us a very tasty tailgate dinner, which the two of us ate before setting up for the sunset. The drive down the mountain in the dark from 10:00 to well after midnight was an adventure in itself. All in all, truly an amazing experience in a breathtakingly beautiful setting.

Green River: An entirely different world. With Rich Nobles, an entertaining source of local lore, and a shrewd guide to finding the horses, in an old Austrian Army vehicle that slowed down only for the worst of the ruts and ditches, 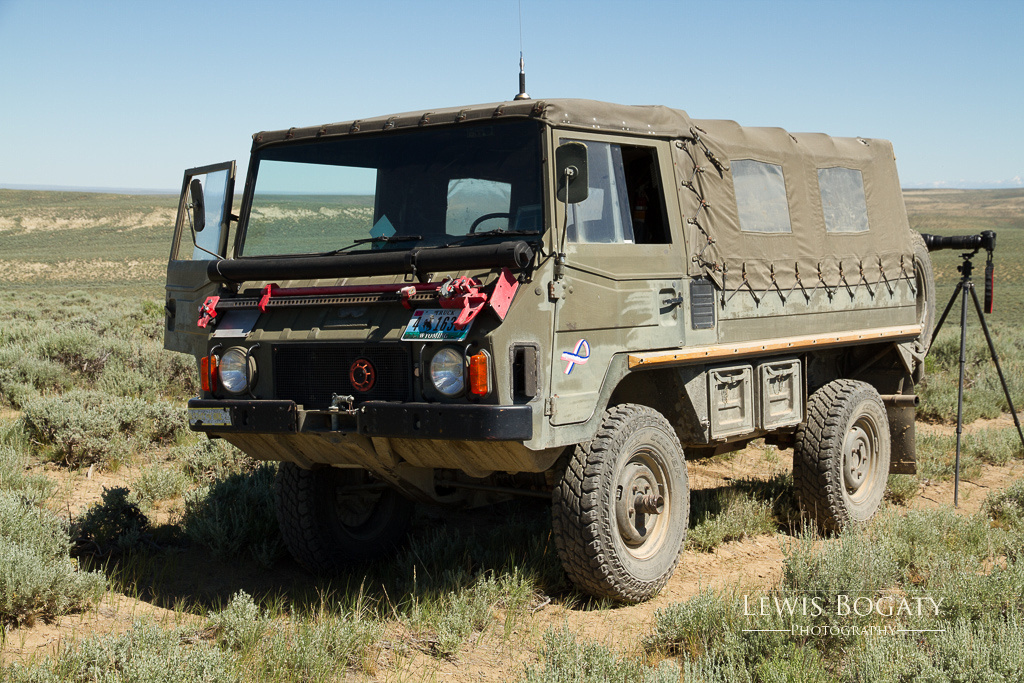 off road, careening over the 2-tracks in the vast flat sage brush and dust of the southern Wyoming desert. With the imposing Pilot Butte in the distance, the two of us saw not another person. Unlike the fairly restricted space of Pryor Mountain, here the horses roamed over an immense area, with no boundaries. 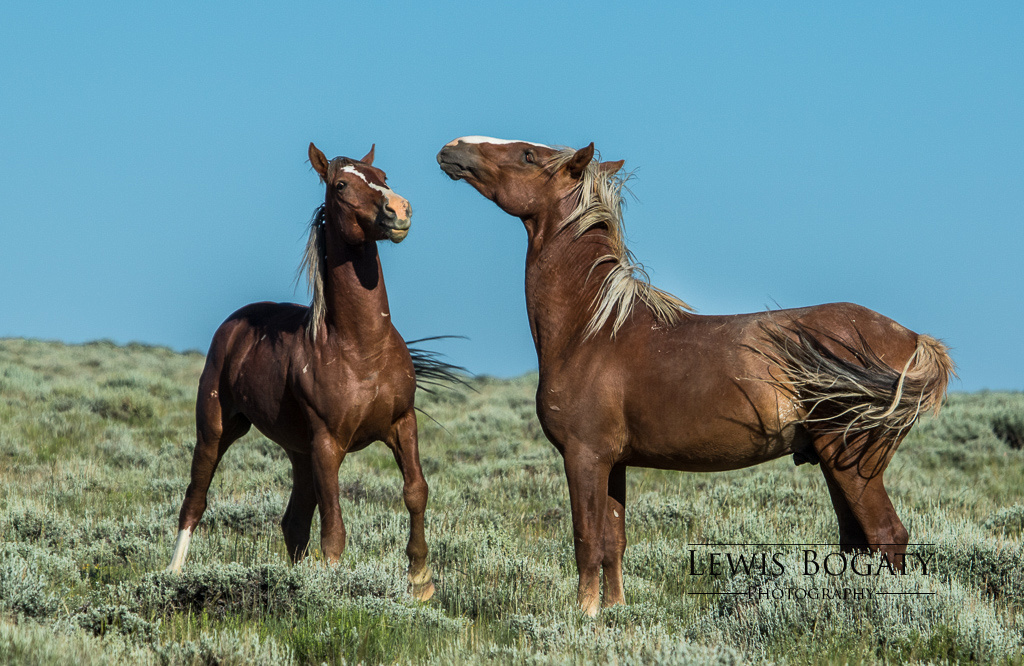 We drove over 80 miles, bumping over some barely passable tracks, searching for different groups of horses. In the end, every bit of clothing and equipment was coated with thick dust, but what a great adventure.