Memories of Barclay: Toy Soldiers, Cowboys and Indians, and More 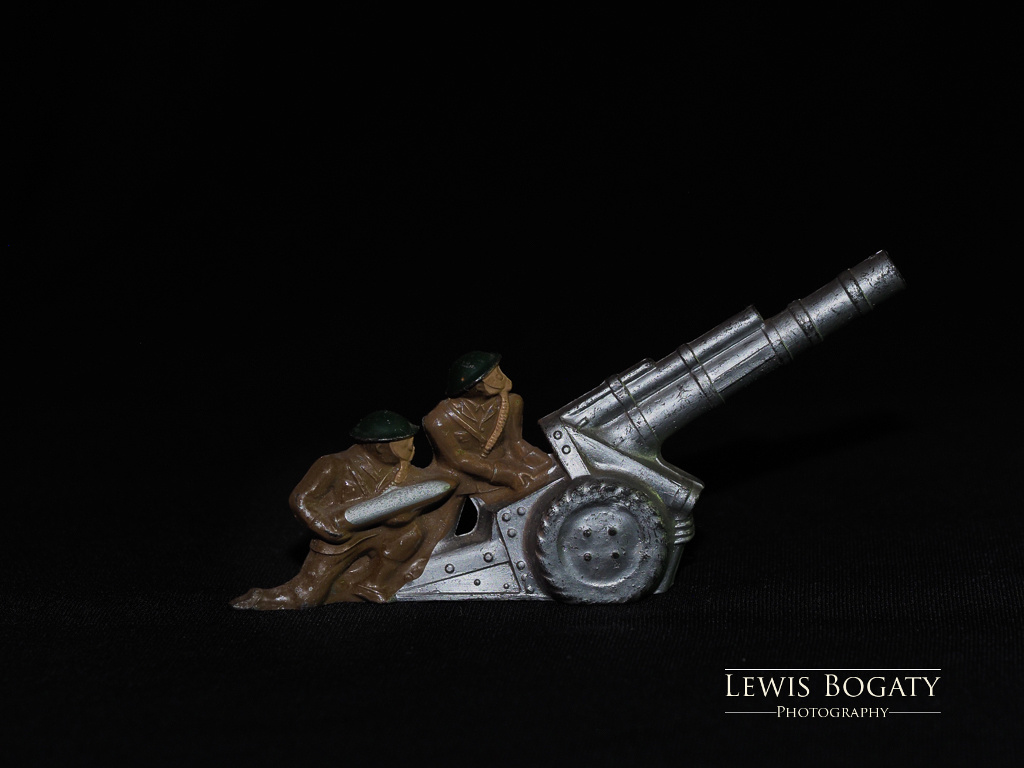 A whiff of lacquer paint in the air brings me back to Barclay Manufacturing Company, where the smell of lacquer always pervaded the factory floor. I can still hear the names that would drift through my father’s conversation, and see some of the faces, mostly the foremen I knew: George Fall, Angelo, and Bill, and the maintenance man, Charley Peretta. Either Timmy or Frank ran the machine shop (maybe both at different times).

A long long time ago, my brother and I spent the occasional few hours at Barclay in Union City, New Jersey. It was like heaven to a little boy. We had our own established routine. We would sit in the office and play with Sally’s adding machine or play at typing on Gloria’s or Marilyn’s typewriter, or with stacks of punchcards.

Then we would explore the factory floor where the toy soldiers were made. The machine shop was not of much interest to us, but during World War II it was the only part of the factory that remained open when the government commandeered Barclay for war work.

More exciting were the vast area of conveyor belts and the casting area where molten lead was poured into molds to form the figures that Barclay made. I remember the Dickensian furnace and the pots of lead, and the large pot where the scrap lead was melted down for reuse. Yes, the toys were made of antimonial lead, 87% lead, 13% antimony. Spray painted with, no doubt, lead paint. A different time.. 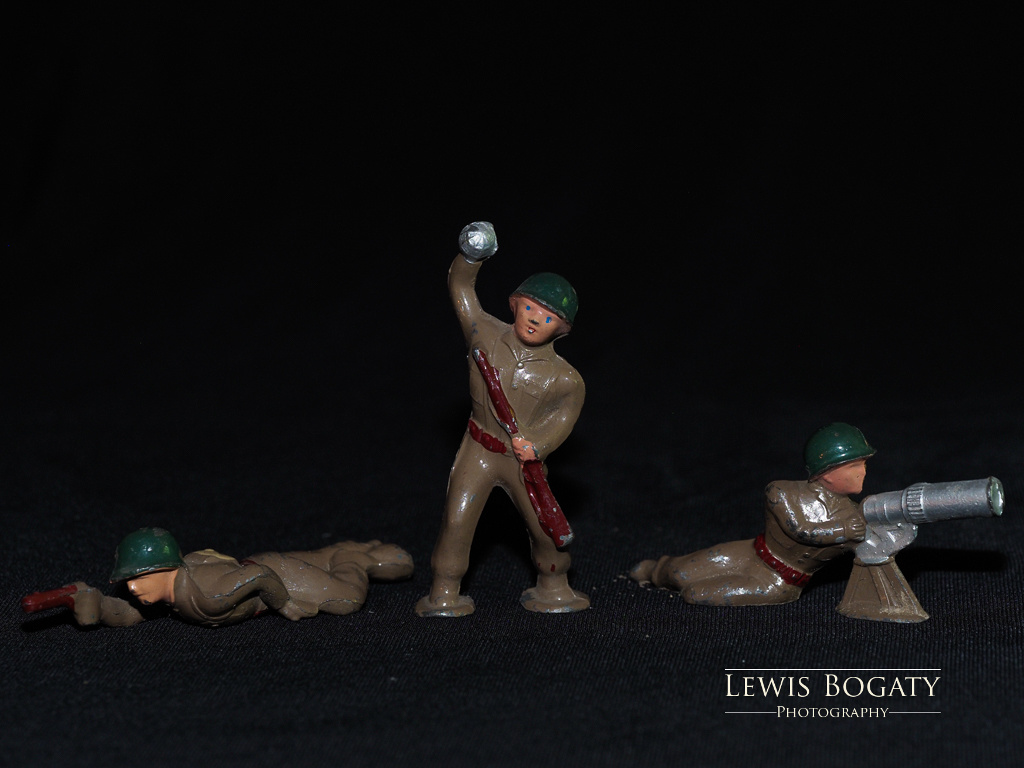 The pervasive scent came from the paint spraying booth. The soldiers and cowboys and Indians and the rest were placed on screens and sprayed with a base coat, then turned over by hand and returned to the sprayer to finish the base coat. After that, the details were individually painted by hand along a conveyor line.

We saved the shipping area, where the finished products were stored on shelves for shipment to Woolworth’s and other five and dime stores, for last. There we would wander around filling a bag with the pieces we had been thinking about adding to our armies. Needless to say, I never bought a Barclay toy at Woolworth’s. 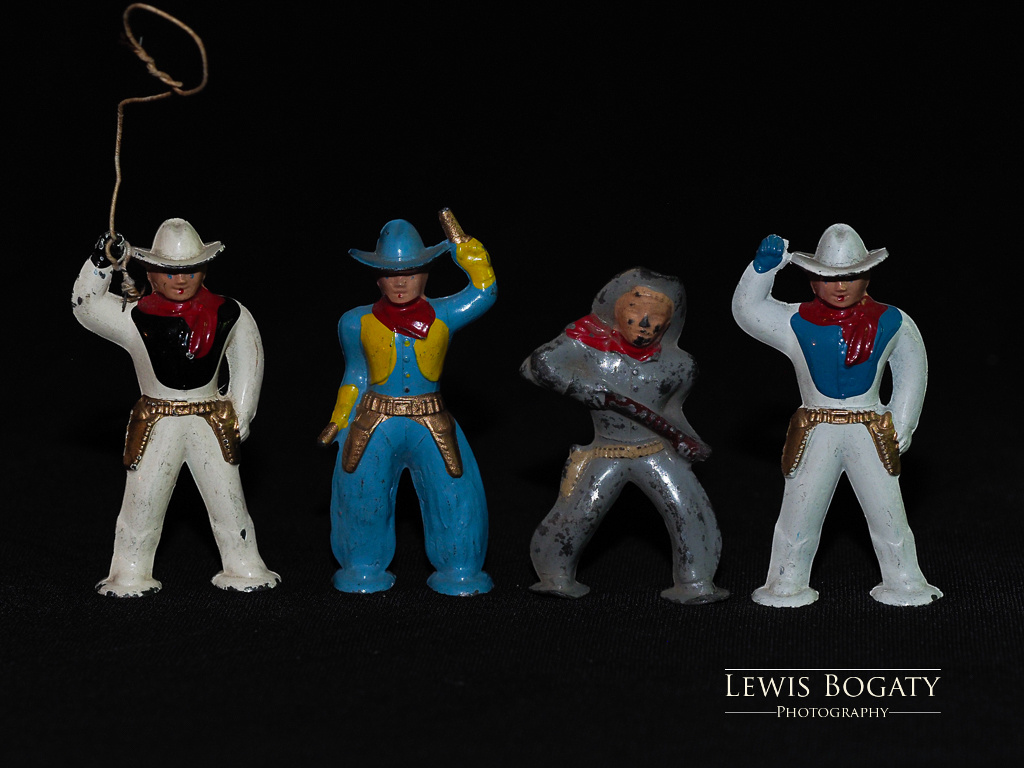 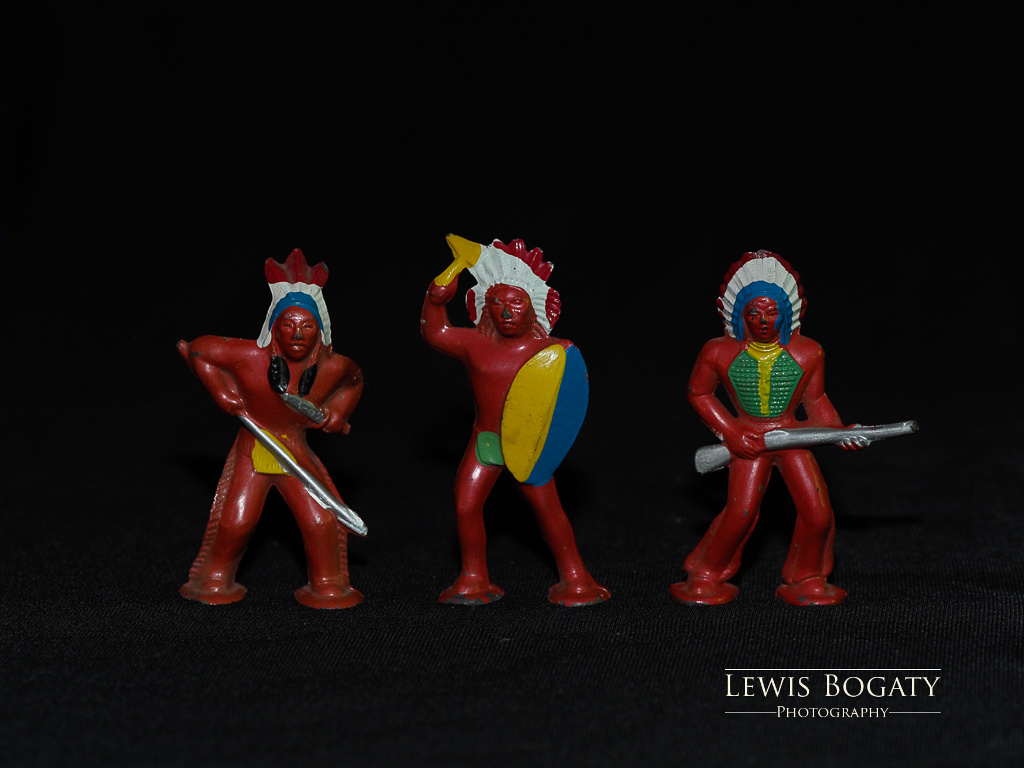 Barclay, before the war, was the biggest producer of toy soldiers in America. It employed 400 people at its peak, and sold millions of figures. After the war, in the 1950s when I knew Barclay, metal costs had risen. The figures, which had stood solidly on bases, were redesigned to save lead. They were reduced in size and given separately standing feet that looked nothing like feet. They are referred to by collectors as pod foot soldiers. As war toys became less popular and cheap plastic toys began to compete, Barclay fell into steep decline in the 1960s, and closed in 1971. 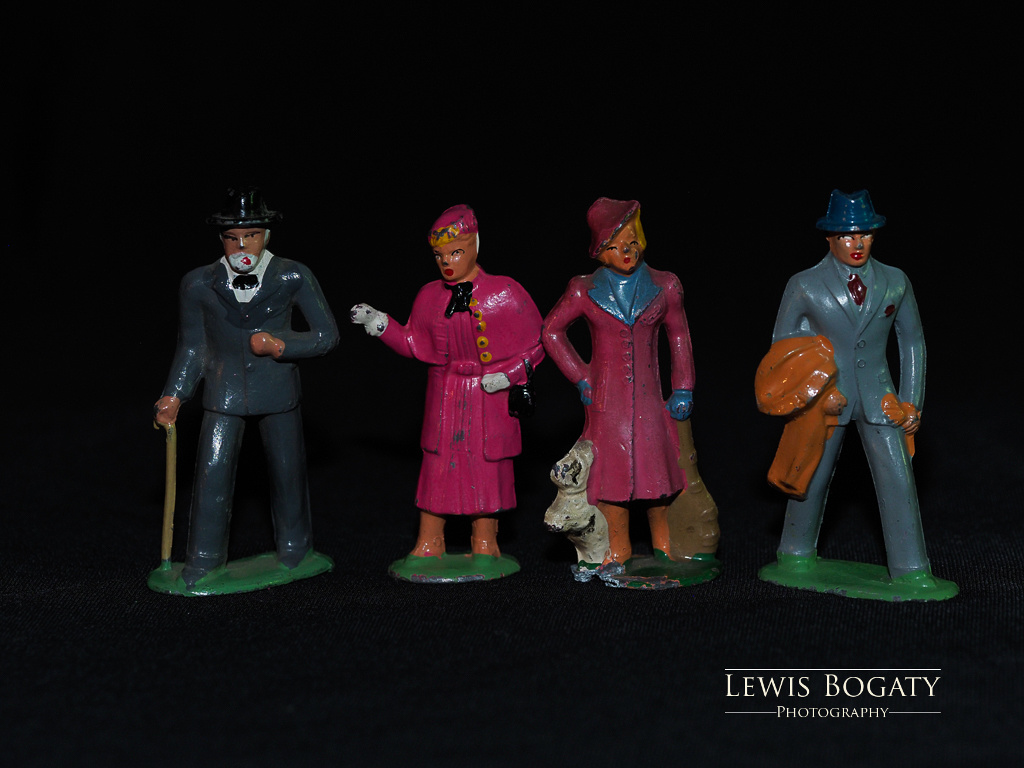 Pre- or Early Post-War figures with base

Above with base. Below pod feet. 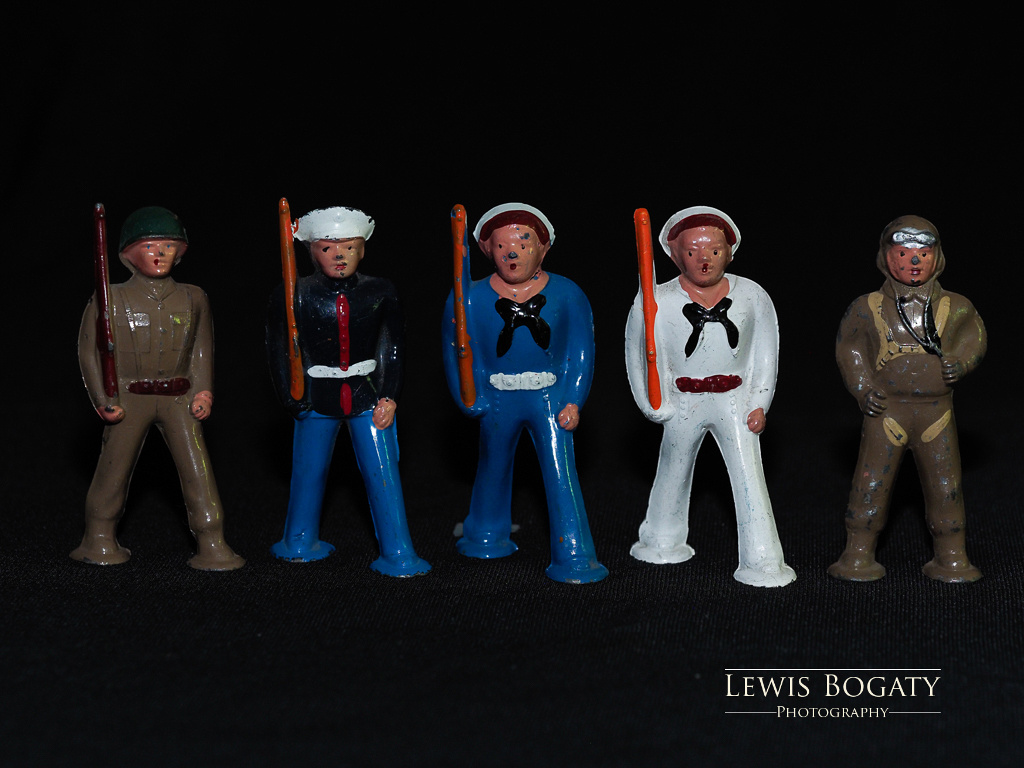 The company was owned by my uncle. My father was the general manager and “industrial engineer” who designed most of the assembly lines and conveyor belts. My mother for a time before the war worked there as an artist. My only job was to sit on the floor in my bedroom or in the grass out front with my friends playing war games or cowboys and Indians with the products. This cannon was always a favorite since it shot match sticks far across the room. 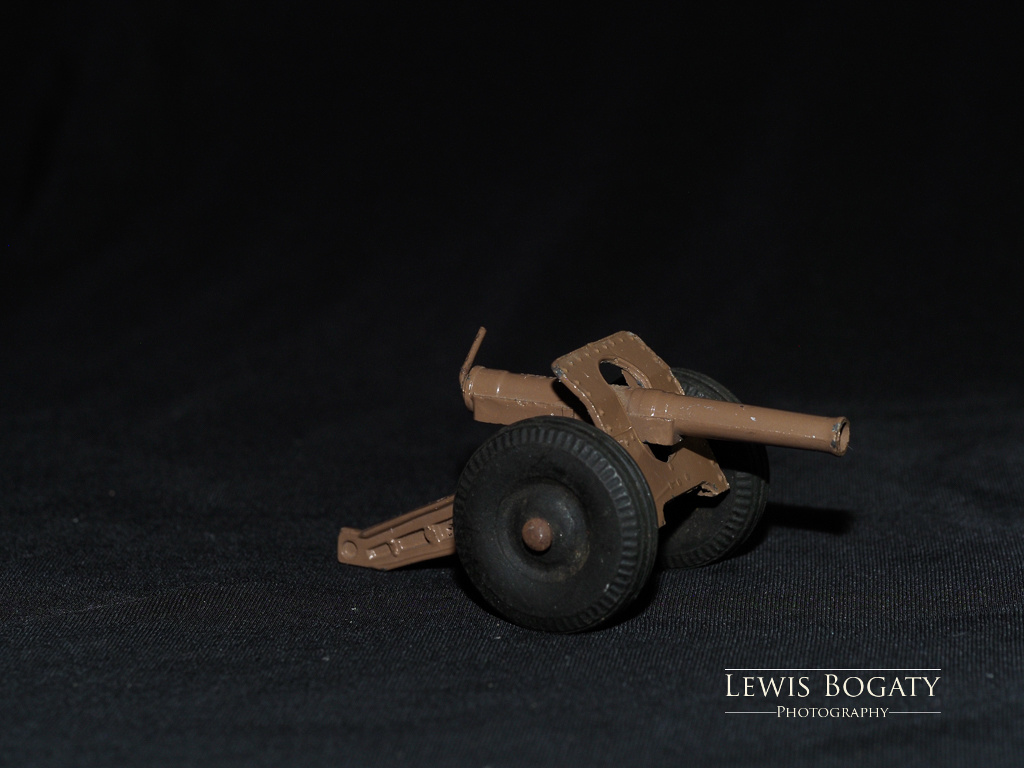 Always my favorite, because it shot match sticks quite far.

During the Cold War, the Red Army made its debut: 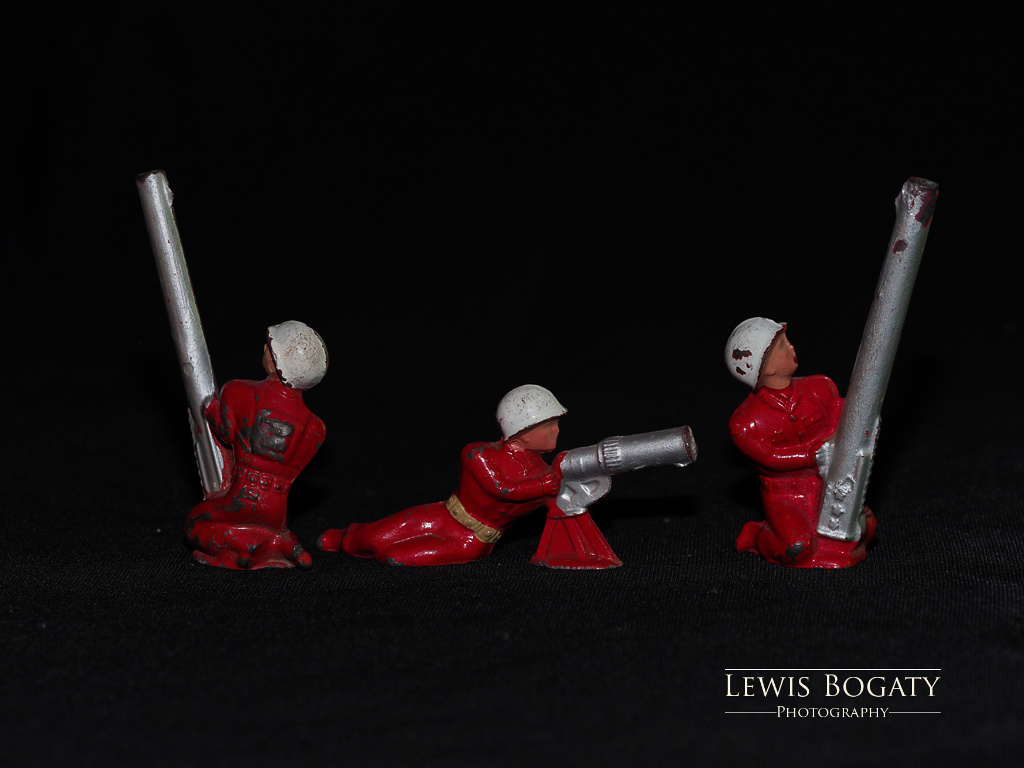 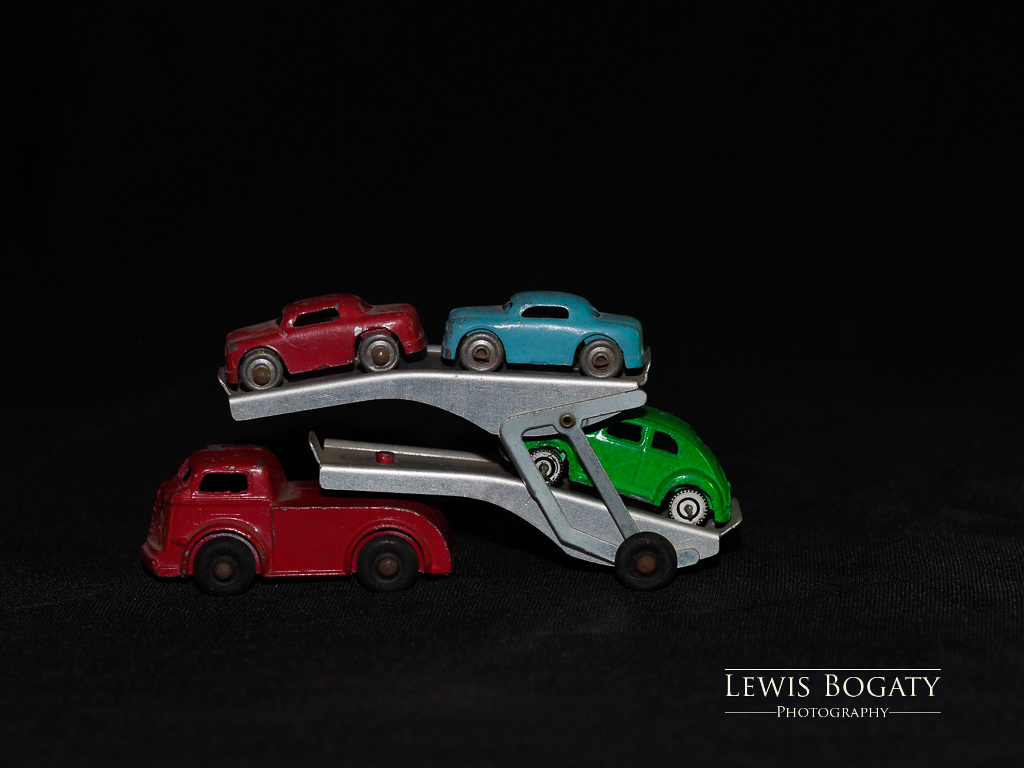 Sad to say, many of my figures are gone. They were heavily played with. Some broke and others wandered off with those friends, or maybe they just got lost. But I still have a representative, battle-scarred collection, including some unique pieces I picked up in the scrap pile that I am fairly certain no collector has ever seen: Unpainted figures still attached to the metal from inside the mold; 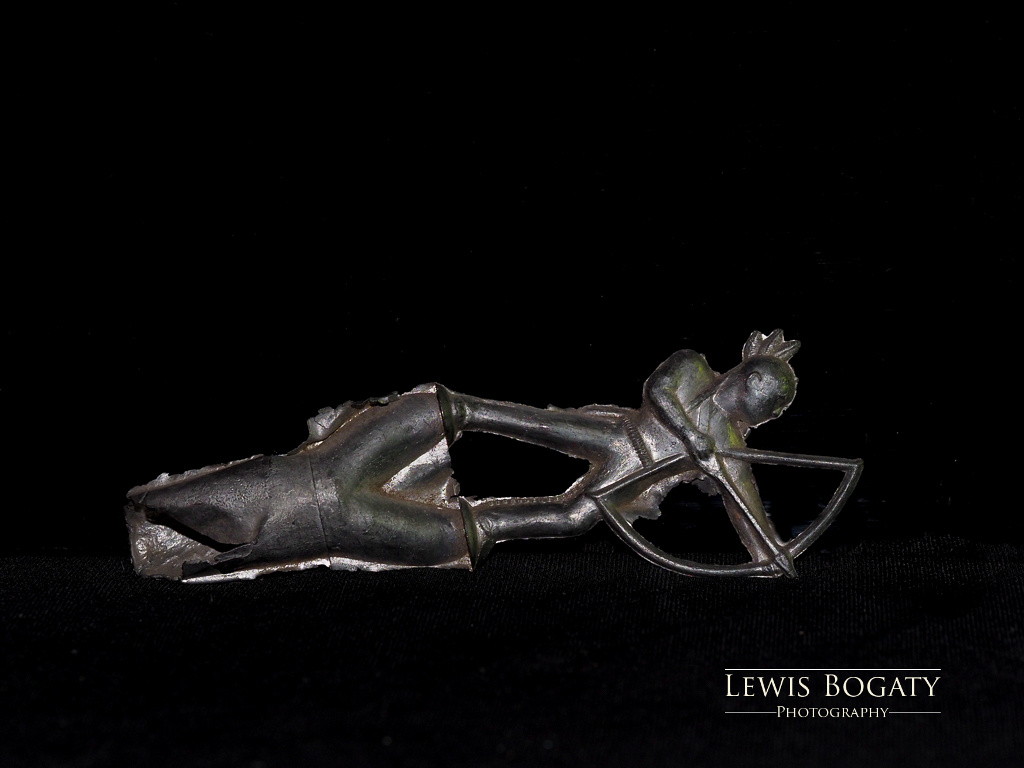 Indian Just Out Of The Mold, Untrimmed

In this photo, an unpainted lead soldier, a flag bearer with khaki base coat, and three stages of hand painting, one a reject; 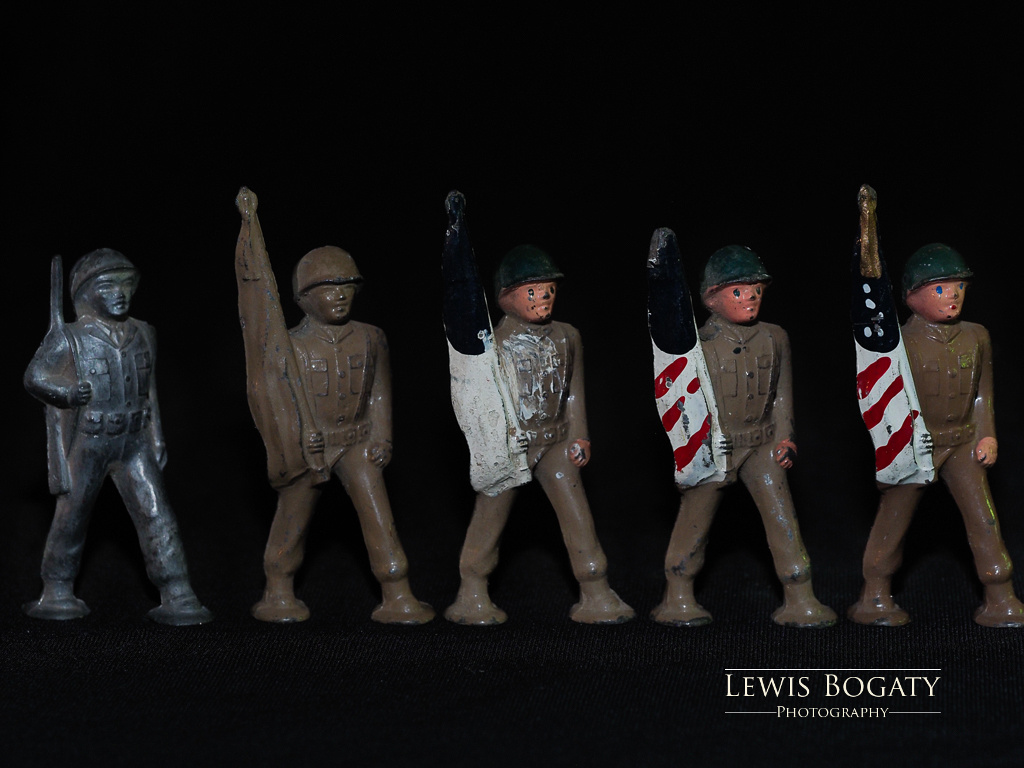 As well as various mispainted rejects. 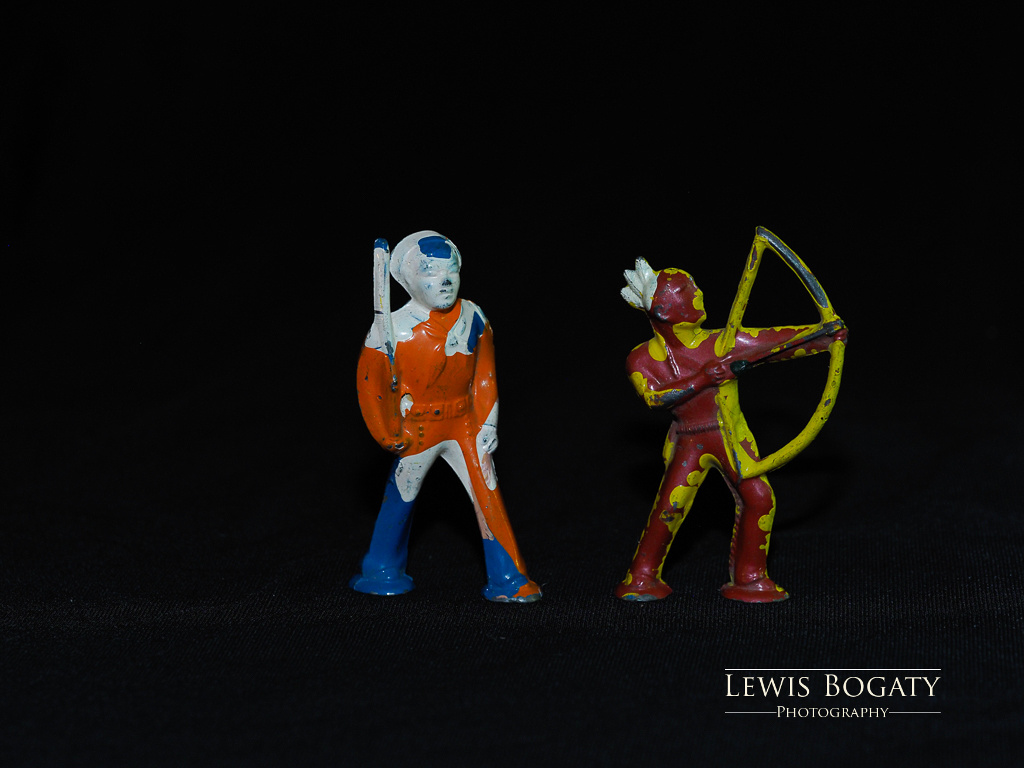 You can see more of my collection of Barclay toys on my website, LewisBogatyPhotography.com here