Thank you for your patience while we retrieve your images.

45 photos
I add this Gallery in April 2020 with great "nostalgia" and sadness. At the time I was taking the last set of these pictures in December 2019, on crowded subway platforms and in jam-packed subway cars, we were all oblivious of something happening at that very moment in Wuhan China that would change our world. If the Holiday Nostalgia Train ever runs again, it surely won't be the carefree "festival" it was in past years for the foreseeable future.

If You Run It, They Will Come: The NYC Transit Museum and the MTA run their 1930s vintage subway cars on Sundays in December. That is all they do; they just run the trains. But the Sundays have become a kind of underground event. People dress in 1930s clothing and jazz bands come to play in the stations and on the trains. In recent years, the route begins in the East Village at the Second Avenue/Houston Street Station on the F line. The train soon switches to the D Line and ends up on the A and D tracks at 145th Street in Harlem, making stops all along the way. I could have included hundreds of pictures here, but I have tried to limit the number. I hope you enjoy this look at the past - more than one sets of pasts.

A note on photographing in this very challenging environment. It is dark, requiring a slow shutter speed. With a bouncing train and moving people in a very crowded environment, I have to work hard to get sharp images. Even more of a challenge with people so tightly packed is maintaining the illusion of the past: avoiding modern dress, modern cameras, and cell phones (including in the hands of people in 1930s dress). 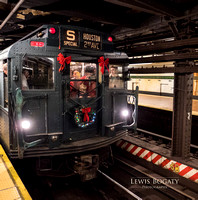 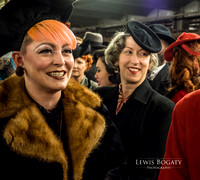 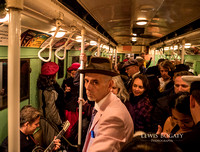 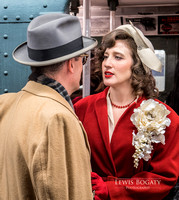 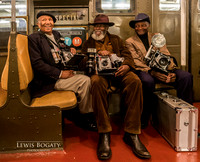 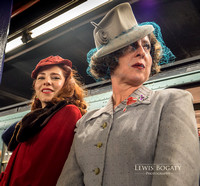 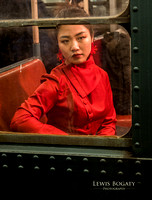 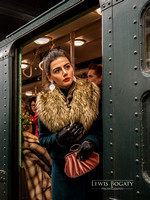 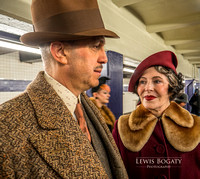 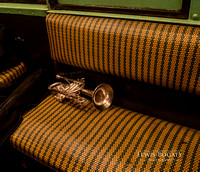 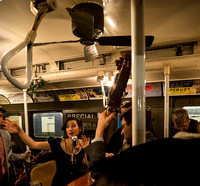 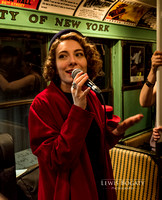